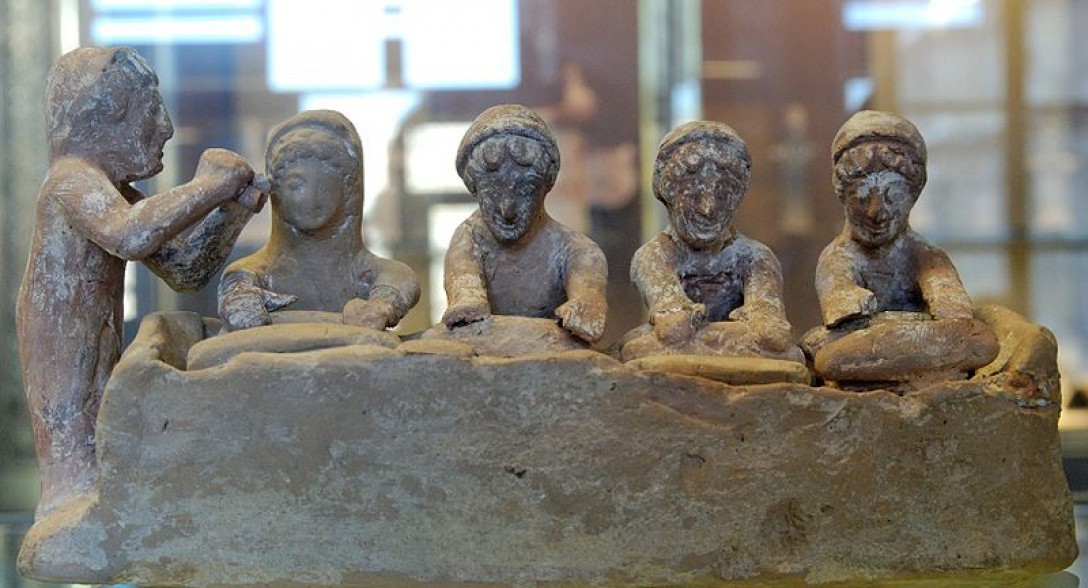 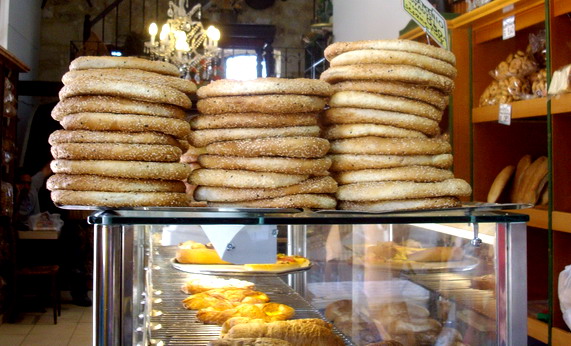 all-purpose flour, as much needed

In a medium bowl, sift together flour, salt and baking powder. Beat the egg and add the sugar, milk, water, olive oil and melted butter. Add and fold in the flour. Knead at least 15 minutes by hand until the dough is soft. Divide dough into small balls and roll them into 20-centimeter long ropes. Form the ropes into circles and place them on a greased cooking sheet. Let rest 1 hour. Dissolve the petimezi in 1 cup water. Put the sesame seeds in another bowl. Dip each simiti in petimezi water first, then in the sesame seeds. Put it back on the baking sheet and let rest for 30 minutes. Cook them for approximately 30 minutes at about 175 degree Celsius, until the simiti have a rich golden brown color.